Ecology: Biodiversity negates the possibility of organisms evolving independently of one another – one at a time. 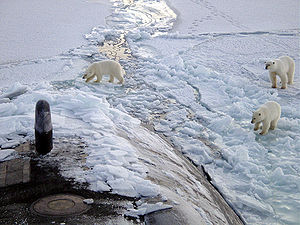 Is There An Eco- Society Of Planet Earth?
Not long ago biologists, zoologists, and naturalists would think of communities as a collection of individual plants and animals. This restricted thinking has never worked well environmental and conservation programs. Successful fieldwork now concentrates on protecting the mutually shared interrelationships of plants and animals as well as their physical environment.

Because of this elevated awareness, scientists who are involved in conservation programs endeavor to utilize the concept of biodiversity. Many endangered species have been rescued due to the application of knowledge gained through biodiversity research.

Basically, we have learned that both plants and animals of this planet require a collective sharing of services among the variety of populations and species of a thriving ecosystem. All organisms literally serve each other. They depend upon relationships which are absolutely essential for the survival of each other within the ecosystem.

The requirement of biodiversity runs deeper than traditional logic had imagined. Even the fundamental necessity for food is now understood to link all life into a direct mutual dependency. Food in all its varieties is universally acknowledged as a requirement for sustaining life but ultimately all ecosystems rely on the preexisting photosynthesis of plants to convert the Sun’s energy into carbohydrates. These molecules provide the energy source of all organisms that are not capable of this amazing conversion. But then again, even the plants are completely dependent upon the nitrogen fixing micro organisms within the soil. In addition, plants need animals for pollination and distribution of seed. This emerging body of facts also defies any satisfactory evolutionary explanation because biodiversity negates the possibility of organisms evolving independently of one another – one at a time.

The Information Age has permitted the exchange of volumes of related research among diverse scientific disciplines. The only logical conclusion is that the cycle of biodiversity is in reality a closed circle of life that must have been fully functional at the very start. The direct implication is clear – planet Earth was designed to sustain life.

On an even larger scale, the marvelous global ecosystem of planet Earth is totally dependent upon its unique location within the solar system. Studies have been published which indicate the amazing number of physical and chemical properties of our planet that appear to be absolutely critical for the existence of life. Can all of this be accounted for by chance and fortuitous circumstances? The expectations of an evolutionary process would predict a haphazard development of independent life forms. Thus the evolutionary model of origins stands in direct contrast to the expanding body of evidence that apparently points more persuasively toward a unified designed creation.

Analogous to a living cell in which all he parts must be up and running simultaneously, so also on the grand ecological scale, our growing understanding draws many scientists to conclude that the complexity of biodiversity appears certain to be a requirement for sustaining all life. The symbiotic interactions that permit a community of plants and animals to survive must, of necessity, come into existence simultaneously…perhaps in the beginning?

Dr. Henry Zuill, professor of biology at Union College, Lincoln, Nebraska sums up the origin of biodiversity as follows:

“HOW COULD MULTIPLE ORGANISMS
HAVE ONCE LIVED INDEPENDENTLY
OF SERVICES THEY NOW REQUIRE?”